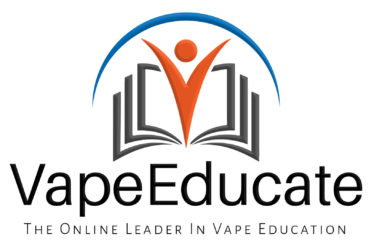 It is safe to agree that parenting is well and truly the toughest and most complicated job in the world. If most parents had their way, their children would stay young forever. This is because as children begin their teenage years and eventually grow into adulthood, the task of parenting becomes monumentally difficult.

Nowadays, the level of peer pressure between teens can only be referred to as crazy. It is no news that at the teen level, children tend to be as adventurous as they possibly can in an effort to tick off their “bucket list”. During this stage (usually between 13 and 19), children develop and mature physically, emotionally, mentally, morally and socially. This is the period during which your child struggles to build an identity or personality, and the identity he/she tries is influenced monumentally by the environment and social pressures. One of such social pressures which is rapidly gaining popularity is the issue of vaping.

The legalization of cannabis in various parts of the United States and the world, in general, has inherently led to the growth of the vaping industry. In recent years,  vaping – the act of inhaling and exhaling or vapor (aerosol) through the use of hand-held battery-powered devices such as e-cigarettes, pens, and pods – has taken the world, youths especially by storm. Its increasing popularity has led to continuous innovation in an effort to create the best and most comfortable method of vaping, which is considered by teens nowadays as a form of bonding, association or fun.

What most people do not know is that vaping is seriously harmful to health. Most of the liquids (commonly referred to as e-juice or e-liquid) vaporized and inhaled from these devices contain nicotine and other additives which are harmful upon ingestion. Vaping, just like traditional cigarettes, comes with a plethora of negative effects including asthma and bronchitis. In addition, it also negatively impacts the development of the brain thereby impacting memory, learning, and focus. Vaping is also a doorway to the consumption of more addictive and illicit drugs. A report published by the CDC confirms that over 4.9 million middle and high school students acknowledged their use of tobacco in 2018, a steep increase from the reported 3.6 million students in 2017.

Due to constant innovation, devices used for vaping (or Juuling as it is sometimes called) are increasingly inconspicuous in look and size, and as such, it is easier for teens to conveniently hide this habit. Also, most vaping devices produce an odorless or flavored smell which makes it increasingly difficult for parents to detect. So, it might be difficult to know whether or not your child vapes, after all, the adventurous nature of teens makes them open to experimentation every now and then.

How then can you know whether or not your child is vaping?

Signs to Show that Your Child is Vaping

As previously mentioned, the vaping industry is constantly innovating and improving vaping devices in an effort to enhance the experience and keep selling. And because teens are the primary consumers of these products, it is important for them to make products that are inconspicuous in size, look, and smell. This, however, does not mean that it is impossible to know whether or not your child is vaping.

With a little bit of vigilance, you can tell for sure whether or not your child is vaping by looking for the following signs.

During vaping, vapor (vaporized e-juice) is pulled from the device into the mouth and then exhaled through the nostrils. Due to the lack of moisture during exhalation, the skin of the nose dries up and eventually cracks and bleeds. Also, e-liquids contain dehydrating chemicals that dry up the inside of the nose, triggering frequent nosebleeds. If your child suffers from frequent nose bleeds, you might want to check twice to make sure it is not as a result of vaping.

This is a somewhat common sign of vaping. People who vape suffer from dehydration – it is a pretty common side effect. One of the chemicals used in making e-juice is Propylene Glycol. This chemical has a dehydrating effect as research has discovered that it holds water molecules in, making absorption by the body impossible. As a result, the vaper is left constantly in need of water to rehydrate the body. So, if you see your child increasingly craving liquids or urinating more often, there is a high chance he/she might be vaping.

The name itself is self-explicit – the tongue of a vaper. To enjoy the flavor of food requires moisture. This explains why we salivate when we perceive the aroma and taste of food. A dry mouth loses its perception of flavour. Constant vaping compromises this perception of flavor because of its ability to dehydrate and dry up moisture. The absence of flavor perception as a result of vaping is what is referred to as Vaper’s Tongue. So, if your teen suddenly starts enjoying unusually spicy foods or keeps reaching for the salt during meals, this may be a sign that he/she is a vaper.

Combining caffeine and nicotine (found in most vaping devices) may sometimes lead to increased levels of anxiety and/or mood swings. This might cause someone who usually takes coffee or soda to suddenly start avoiding these to reduce these effects. So, if you notice that your child suddenly stops gulping sodas or Starbucks, it could be a call for concern.

For convenience sake, most vaping and Juuling devices come in a variety of forms. While some resemble traditional pipes, cigars, and cigarettes, others look like pens and USB sticks. Juuls, for example, look like sleek USB sticks and are very inconspicuous. Despite their similarities, most of these devices still look abnormal and unusual. So, if you come across such devices in your home, you should consider it as a red flag.

Apart from the signs discussed above, there are still a number of signs you might want to look for when suspecting your child of vaping – sleep disturbances, unusual emotional tantrums, unexplained sweet scents, pneumonia and discarded Juul pods and atomizers. The most important thing to do, however, is to educate our children on how risky vaping truly is. Most of them vape for fun with little or no knowledge of the inherent risk.

While others argue that vaping is better than smoking, the World Health Organization stresses the effects of vaping and even goes ahead to suggest that vaping is a gateway to addiction for teens and young adults. It is therefore important to help educate our children on this issue by creating Vape Education Programs geared towards helping children learn about the dangers of vaping.